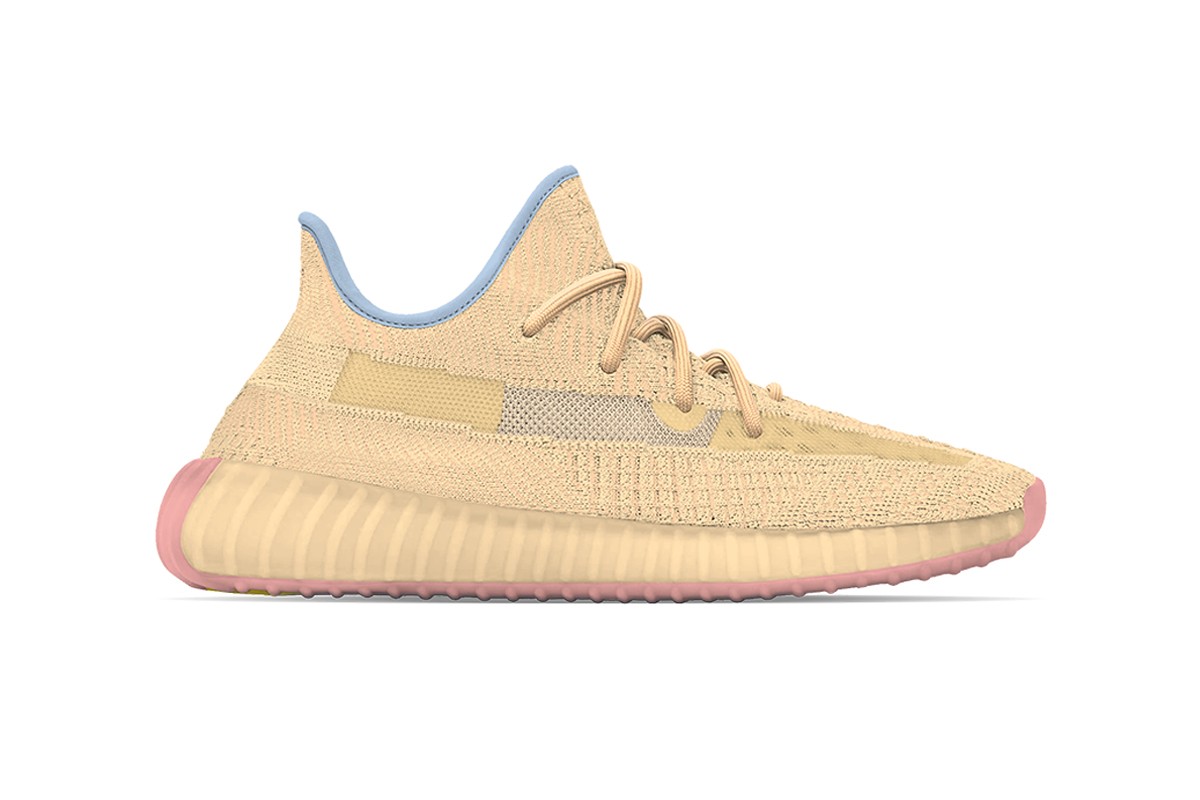 As we move into 2020, we are now learning about “Flax” and “Linen” colorways of the adidas YEEZY BOOST 350 V2 coming this Spring.

Leading the upcoming group is the “Linen” look which features a light brown Primeknit upper complete with a reflective woven post-dyed monofilament side stripe running along the center portion of the lateral side. The upper is contrasted by a blue-grey sockliner, while matching BOOST encapsulated midsole with a gum rubber outsole segment rounds up the design of the shoe.

The “Flax” colorway opts for more of a tonal tooling with light brown expressed on the Primeknit upper also accented by a post-dyed monofilament side stripe. The sockliner and outsole on the shoe also follow the same light brown tone. Elevating the shoe is a light grey BOOST encapsulated midsole paired with a light brown rubber outsole.

Enter your email and spin for a chance to win. You can win up to 20% Off and a chance at your 2nd Month Free or Free Kicks! Only 1 spin per email, only 1 email per customer.
SPIN
Never
Remind later
No thanks